Punjab managed a below par 153 for six as Hooda's fifty gave something to defend to its bowlers, CSK did not face much challenge as Rituraj Gaikwad slammed his third consecutive fifty 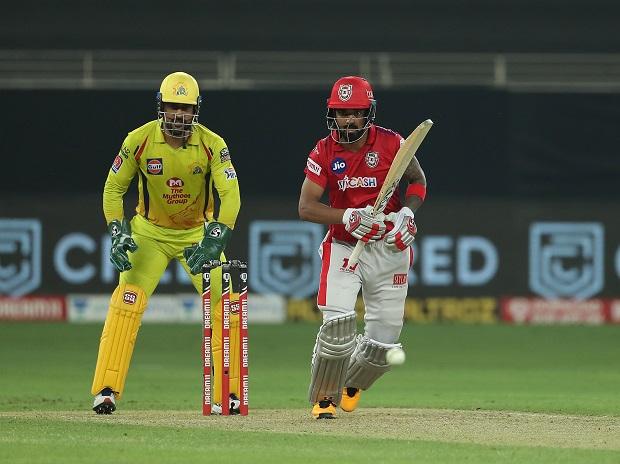 CSK, who were already out of the tournament, chased down a target of 154 with opener Ruturaj Gaikwad scoring 62 off 49 balls.

Faf du Plessis scored 48 off 34 balls as KXIP which had won five matches on trot once again failed to make it to the last four.

Both CSK and KXIP finished on 12 points with eight defeats out of 14 games.

Earlier, bringing his big-hitting prowess to the fore, Deepak Hooda lifted a floundering Kings XI Punjab to 153 for six with a counterattacking 30-ball 62 against Chennai Super Kings at Sheikh Zayed Stadium, Abu Dhabi.

Hooda smashed four sixes and three fours during his entertaining stay in the middle.

Thanks to Hooda, KXIP managed 40 runs in the last three overs after CSK, opting to field, choked their middle-order for runs.

Hooda picked his spots cleverly and also ran well between the wickets on a day when his more accomplished batting colleagues failed to capitalise on their starts.

Pacer Lungi Ngidi picked up three for 39 for CSK.

Returning to the side after an injury-forced break, Mayank Agarwal got KXIP off to a breezy start, collecting two boundaries off Deepak Chahar's first over.

In-form skipper K L Rahul got into the act with the day's first six, over the third man region before scoring two boundaries off Shardul Thakur.

In the next over, Agarwal welcomed Ngidi by driving him to the long-off boundary, but the South African had his revenge the next ball as the opener edged the ball into the middle stump.

Three tight over followed during which Ngidi bowled Rahul with a well-disguised full slower ball at off stump.

After a brisk start by KXIP, the CSK bowling attack did extremely well to strangle the strong opposition batting that comprised the likes of Chris Gayle and Nicholas Pooran in the middle-order.

From 44 for no loss in five overs, KXIP were struggling at 65 for two at the end of the 10th over.

Who holds orange and purple caps in 2020 IPL? Check here

Chennai Super Kings made three changes in its playing 11 bringing in Faf du Plessis, Imran Tahir and Shardul Thakur for Shane Watson, Mitchell Santner and Karn Sharma. Meanwhile,. KXIP dropped Maxwell after worst of his 13 games as James Neesham replaced him while Mayank Agarwal returned too.