JUST IN
You are here: Home » International ? News ? Others

French schools reopen under tight security after beheading of teacher 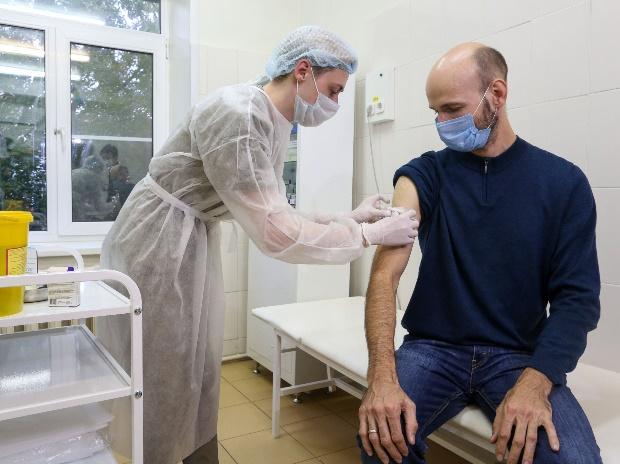 A heath worker prepares the injection site on a patient's arm for administration of the Sputnik V vaccine during a trial in Moscow, on Sept. 23. (Photo: Andrey Rudakov/Bloomberg)

Trump will hold his election night party inside the White House, with up to 400 invitees: President Trump’s election night party will be held in the East Room of the White House, and aides are discussing inviting roughly 400 people, two officials familiar with the discussions to NYT. The party had been moved from the Trump Hotel on Pennsylvania Avenue, the original venue chosen by the campaign, in part because of rules in Washington prohibiting gatherings of more than 50 people.

Now, what had initially been expected to be a small gathering in the East Room has ballooned into a large indoor party with several hundred people expected, highlighting a big potential risk. Read more here

Let’s look at the global statistics:??

WHO chief contacted Covid-19 person: World Health Organization Director-General Tedros Adhanom Ghebreyesus tweeted that he has been identified as a contact of a Covid-positive individual. "I am well and without symptoms but will self-quarantine over the coming days, in line with WHO protocols, and work from home," he wrote. Read more here

China's factory activity rises to near-decade high in October: Activity in China’s factory sector accelerated at the fastest pace in nearly a decade in October as domestic demand surge. The Caixin/Markit Manufacturing Purchasing Managers’ Index(PMI) rose to 53.6 from September’s 53.0, with the gauge staying above the 50-level that separates growth from contraction for the sixth consecutive month. China’s vast industrial sector is steadily returning to the levels seen before the pandemic. Read more here

Australia’s central bank may cut interest rates: Australia’s central bank is expected to cut interest rates to a fresh record low, reduce its three-year yield target and unleash further bond buying as it tries to turbo-charge a recovery. The Reserve Bank of Australia will cut the cash rate to 0.10 percent from 0.25 percent and set its yield curve control and bank funding facility at the same level, economists predicted ahead of Tuesday’s meeting. Read more here

Bank to England mulls fresh stimulus: In a survey last week, economists predicted the BOE will increase quantitative easing by 100 billion pounds ($129 billion) to 845 billion pounds. That’s almost double the level at the start of the year, and would be the fourth round of monetary easing since the crisis started. The decision is scheduled to be published alongside updated economic forecasts at Thursday, the same day the new lockdown kicks in. Read more here

Prince William contracted Covid-19 in April: Britain’s Prince William contracted Covid-19 in April at a similar time to his father Prince Charles, British media reported late on Sunday. William, grandson of Queen Elizabeth and second-in-line to the British throne, kept his diagnosis a secret because he did not want to alarm the country, The Sun newspaper reported. “There were important things going on and I didn’t want to worry anyone,” William was quoted by the newspaper as having told an observer at an engagement. Read more here

US States want to approve Covid-19 vaccines themselves. Will that lead to more trust—or less??

Leaders in US states view the move as a way to ensure whatever Covid-19 vaccine eventually arrives is safe and effective for their residents—a potential counter to fears that the federal government, under the Trump Administration, is rushing the process for political gain. Those concerns are only growing as we get closer to the potential arrival of a vaccine—only 58 percent of Americans said in early October that they’d be willing to get a Covid-19 vaccine as soon as one’s available, according to a recent STAT-Harris Poll, down from 69 percent in mid-August. A vaccine could be available in the US as soon as January, at least for some vulnerable groups, if all goes well, with a wider rollout over the following months. Many public-health experts say these states’ efforts may pay off. Trust is essential for ensuring vaccine adoption, and hearing from multiple credible sources that a shot is safe can be especially convincing, they say. Read more here

The eurozone economy is now expected to shrink by 2.3 percent in the fourth quarter of this year, according to economists surveyed by the Financial Times — a worse performance than they had predicted before the restrictions were announced. The bloc rebounded from its coronavirus-induced recession in the three months to September, recording record quarterly gross domestic product growth of 12.7 percent, figures published on Friday showed, but output was still well below pre-pandemic levels. The data, along with the array of fresh restrictions announced in France, Germany and other countries in recent days, sent economists scrambling to update their forecasts. An FT survey of 18 economists at leading banks and institutions found that all but one expected the eurozone economy to shrink again in the final quarter. Most had previously forecast positive growth. Read more here

?An investigation into a troubled chain in Tennessee reveals the industry could have done more to stop the virus. Read more here