Mills across India want people to consume more sugar: Here is why

Even before the pandemic struck, India's financial sector was going through tough times 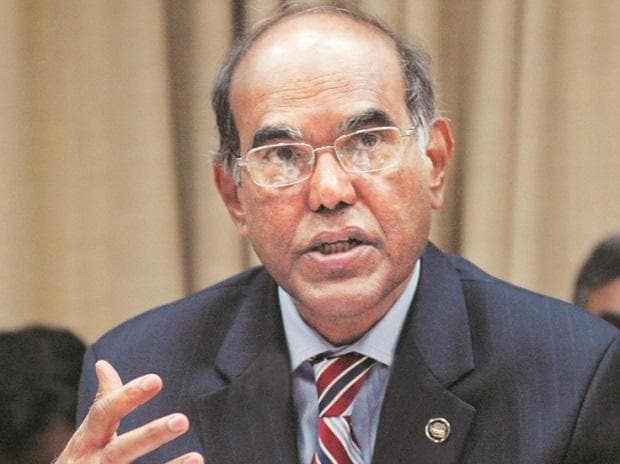 Indian banks saddled with the world’s worst bad debt pile pose a risk to the nation’s economic growth unless the government steps in to recapitalize some of them, according to three former central bank chiefs in a soon-to-be released book.

The problem though is that Prime Minister Narendra Modi has very little resources to help the banks after pledging money to fight the pandemic’s fallout, the ex-central bankers say in the book, “Pandemonium: The Great Indian Banking Tragedy”. The reason: falling revenues that are seen causing the fiscal deficit to blow out to double that budgeted.

“Yes, the bad loan problem is big and real,” Duvvuri Subbarao, governor at the Reserve Bank of India between 2008 and the autumn of 2013, said in the book by journalist Tamal Bandyopadhyay. “But, what is also big and real is the fiscal constraints of the government.”

India has set aside Rs 20,000 crore ($2.7 billion) to recapitalize state-run lenders this year, a fraction of the $13 billion that analysts say is needed. Over the past three years, the government has pumped in 2.6 trillion rupees into the dominant state-run banks, but their troubles have only grown. 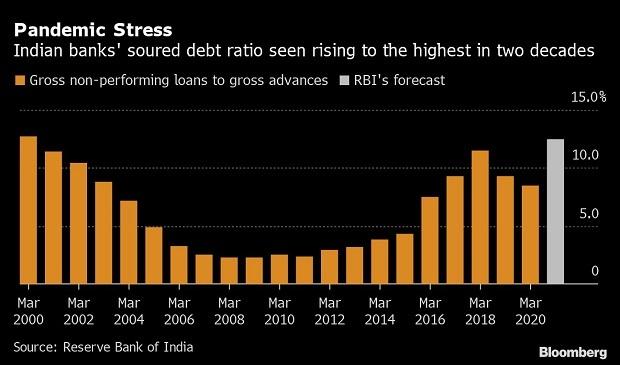 Problem loans could jump to 12.5 per cent by March -- the highest level in two decades -- as the pandemic puts pressure on the $1.8 trillion financial sector where lending standards, provisioning norms and bankruptcy rules have been eased of late, according to the RBI. State-run banks are particularly vulnerable and with some starved of capital, there are consequences for the economy that is on course for the biggest contraction among major emerging markets.

“In a way, fiscal problem spills over into banking and then financial sector problem with a feedback loop into the real economy,” the book cited Yaga Venugopal Reddy, RBI governor from September 2003 to 2008, as saying. “In brief, non-performing assets are not only a problem but a consequence of other problems.” 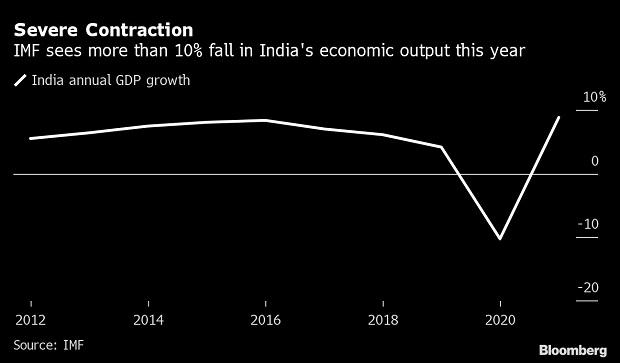 Even before the pandemic struck, India’s financial sector was going through tough times. The stressed-assets problem was caused by a variety of factors, including government policies. Some borrowers found life harder when authorities suddenly tightened regulations, courts canceled coal-mining licenses and ordered payment of telecom fees. Dwindling natural gas supplies, falling real-estate and commodity prices and a rise in interest rates also eroded their capacity to repay loans.

Modi’s unprecedented decision in 2016 to invalidate almost all of the nation’s physical currency overnight devastated supply chains and created dangerous imbalances in the financial system as Indians rushed to deposit their bills. Add to that a blow out of a large and important shadow bank in the middle of 2018 crippled the sector.

“The continuance of real sector problems, partly policy-driven in the most recent period such as demonetization, has aggravated the banking situation,” said Chakravarthy Rangarajan, who headed the RBI during 1992-97. “It is an economic crisis.”