JUST IN
You are here: Home » Current Affairs ? News ? Science and Environment

The national capital recorded a minimum temperature of 11.4 degrees Celsius on Sunday morning, the lowest this season so far, according to the India Meteorological Department 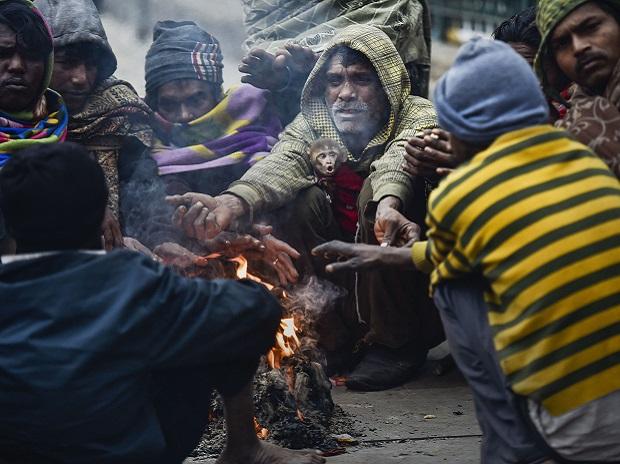 People sit around fire to warm themselves during winter

The national capital recorded a minimum temperature of 11.4 degrees Celsius on Sunday morning, the lowest this season so far, according to the India Meteorological Department.

Kuldeep Srivastava, the head of the regional forecasting centre of IMD, said the absence of cloud cover was the major reason for the low minimum temperature.

Clouds trap some of the outgoing infrared radiation and radiate it back downward, warming the ground. Another reason is calm winds, which allow formation of mist and fog, Srivastava said.

There hasn't been much snowfall in the hills, so cold winds from that region are yet to start affecting Delhi's weather, he added.

The month of October was the coolest in 58 years in the national capital, according to IMD.

On Thursday, Delhi recorded a minimum temperature of 12.5 degrees Celsius -- the lowest in October in 26 years.

The last time Delhi recorded such a low temperature in October was in 1994. The national capital had recorded a minimum of 12.3 degrees Celsius on October 31, 1994, according to IMD data.